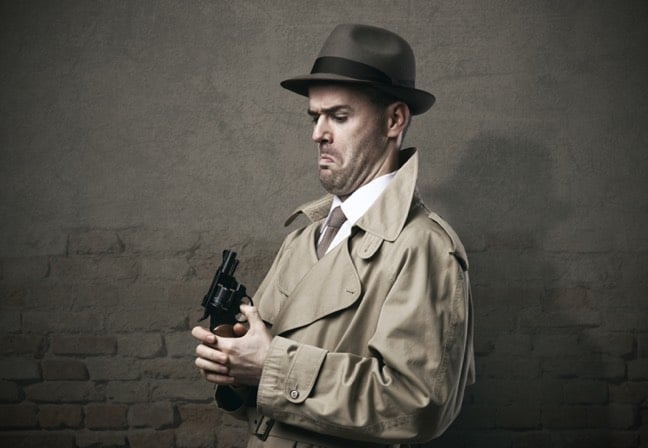 The Ministry of Defence has published a data strategy that calls on the British armed forces to make better use of its “enduring strategic asset” – by spying on social media and dobbing in dissenters to local councils.

In a move bound to fuel tinfoil hat-wearing conspiracy theorists, the MoD’s Data Strategy for Defence document [PDF] published this week says the military ought to be carrying out “Automated scanning of social media platforms” to detect “change in population sentiment.”

Nowhere does the document explain why a strategy paper has gone so far off the beaten track that it promotes collecting data the MoD doesn’t have and using it for decidedly non-military purposes.

In addition, the private sector has been carrying out social media sentiment analysis for more than a decade, whether for power-crazed local council employees or business marketing campaigns tracking how many people dislike a particular product or service.

The ministry had not responded to The Register‘s enquiries by the time of publication.

Published alongside the government’s space strategy, the MoD data strategy was supposed to be about making good use of information already sitting inside departmental silos, as the ministry has previously acknowledged.

While ambitions to treat data as “second only to our people” probably ticks a lot of management boxes, the usefulness of the initiative lies buried in its details: “efficient and effective planning of supply chain and people” is one benefit of focusing on data according to the paper, combined with “well-curated data, directly enabling information, operations, analysis, analytics, AI and R&D, making it an offensive and defensive weapon”.

Unfortunately, the paper is littered with impenetrable MoD-speak like this, so divining what it actually calls for is rather tricky. The strategy document does call for more training in data literacy for military personnel as well as forging new commercial relationships with “allies and industry” to “drive innovation.”

Recent calls for the MoD to become more tech-savvy across the board have been made by senior personnel, most recently General Sir Patrick Sanders. The commander of Strategic Command said in a speech that he wanted computer scientists to be held in the same regard as pilots and warship captains – a nice ambition but one that seems a little unrealistic.

All this recent MoD focus on data might benefit from some security input too; doing things like creating easily copied Excel spreadsheets of Special Forces personnel’s personal data (not to mention every single newly promoted sergeant across the entire British Army) ought to have been a thing of the past 15 years ago. Ditto for handling of other sensitive personal data, such as the identities of Afghan interpreters looking to escape the new Taliban regime’s clutches and resettle in the West. ®

A hoary old tale, probably apocryphal, claims that the entire Royal Navy ran out of fuel halfway through one financial year some decades ago after an error in an Excel spreadsheet subtracted one too many zeroes from the fuel budget.