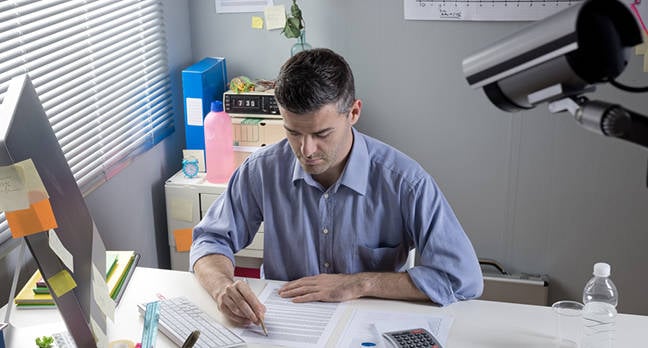 Updated UK trade union Prospect has chimed in with the chorus of disapproval at technologies such as Microsoft’s Productivity Score being used on the nation’s workers.

The letter [PDF], sent to data watchdog the Information Commissioner’s Office (ICO), makes clear the disquiet felt at the potential level of employee monitoring afforded even while acknowledging the rapid back-pedalling undertaken by Redmond amid the furore.

“In many ways,” the letter says, “this latest example is the mainstreaming of online monitoring tools which raises significant issues including privacy and the process for consultation with workers before such products are introduced.”

Indeed it is. Prospect cited a recent YouGov survey commissioned by Skillcast that found that that a fifth of employers were either using or planning to use tools to monitor staff working from home. That monitoring could take the form of counting emails sent, meetings scheduled or length of time to respond to a message.

To be fair, tracking that kind of information (if properly anonymised) makes a lot of sense. Meeting overload is a notable productivity killer, for example. However, using such metrics to score an employee’s performance leans more toward the darker side of Human Resources.

The letter, signed by such luminaries as shadow digital minister Chi Onwurah MP, calls on the ICO to update its Code of Employment Practices, stating that “the scale of these concerns has outpaced current guidance available.” The union also contended that “any such use of personal data through surveillance should be subject to a Data Protection Impact Assessment before it is introduced.”

Onwurah said: “In the Labour Party [the UK government’s opposition] we believe technology should put people in control, not control them. Government needs to set out a clear legislative framework which supports individual digital rights at home and at work, including where home has become the workplace.”

Certainly, the cold hand of the machines has been felt more and more within employment. The UK’s Centre for Data Ethics and Innovation (part of the Department for Digital, Culture, Media and Sport) recently published a lengthy set of blogs and a report addressing the impact of algorithmic decision-making. The report highlighted both the potential positive and negative impacts of the vast datasets being collected and analysed.

While the pandemic-driven charge to remote working has left employers and employees alike somewhat breathless, monitoring is hardly a new phenomenon. Barclays Bank was reported to the ICO earlier this year over allegations of workplace snooping. At the time, the ICO told The Register: “People expect that they can keep their personal lives private and that they are also entitled to a degree of privacy in the workplace.”

The Register has asked the ICO for comment and will update with its response. ®

An ICO spokesperson said: “People expect that they can keep their personal lives private and that they are also entitled to a degree of privacy in the workplace. “We will be developing new employer-focussed guidance that will address potential data protection implications in the use of technology in employment. This work is currently ongoing.”