That’s it. It’s over. It’s really over. From today, Adobe Flash Player no longer works. We’re free. We can just leave • The Register

The Photoshop giant promised Flash would die on January 12, 2021. Thanks to the International Date Line, The Register’s Asia-Pacific bureau, like other parts of the world, are already living in a sweet, sweet post-Flash future, and can report that if you try to access content in Adobe’s Flash Player in this cyber-utopia, you’ll see the following: 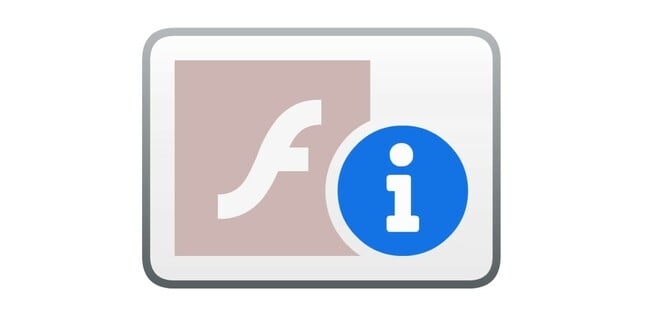 The above just now showed up on your correspondent’s Windows 10 PC, which is running version 32.0.0.645 of the 64-bit Flash Plugin, when opening some content to test. The image is clickable and leads to Adobe’s Flash Player EOL General Information Page where netizens are advised to uninstall Flash and fire it into the heart of the Sun (we’re paraphrasing Adobe, here.)

That page repeats Adobe’s assertions that the likes of HTML5, WebGL, and WebAssembly “have continually matured over the years and serve as viable alternatives for Flash content.” Throw in the fact that “major browser vendors are integrating these open standards into their browsers and deprecating most other plugins (like Flash Player),” and Adobe is content to let Flash become an ex-plugin.

More specifically, what’s happened is that Adobe snuck a logic bomb into its Flash software some releases ago that activates on January 12, and causes the code to refuse to render any more content from that date. Adobe has also removed previous versions from its site, and “strongly recommends all users immediately uninstall Flash Player to help protect their systems.”

Macromedia started to distribute the Flash plugin for the web browsers of the mid-1990s, and it took off as publishers and users alike looked for content that offered more interactivity than was possible with early versions of HTML. By the early 2000s, Flash was all-but-required to experience the modern web of the day.

In 2005, Adobe, which by then had well and truly figured out that online content was going to be rather bigger than desktop publishing, acquired Macromedia in part to get its hands on Flash.

Doing so helped Adobe to cement its role as the de facto standard for creative tools. But Adobe also got an increasing security burden because Flash was not well built. Hackers noticed the plugin was the Swiss cheese of computer security – full of holes – and exploited the software mercilessly to infect victims around the planet with malware.

After years of assaults, and the rise of alternatives, Adobe announced the demise of Flash in July 2017, saying support will be dropped on December 31, 2020.

Browser-makers agreed to expunge Flash, and from 2020 onward warned users that running Flash was a very bad idea and would not run it by default. Those users, by and large, cannot now access Flash content.

Farewell, Flash. You were mostly fun while you lasted. ®