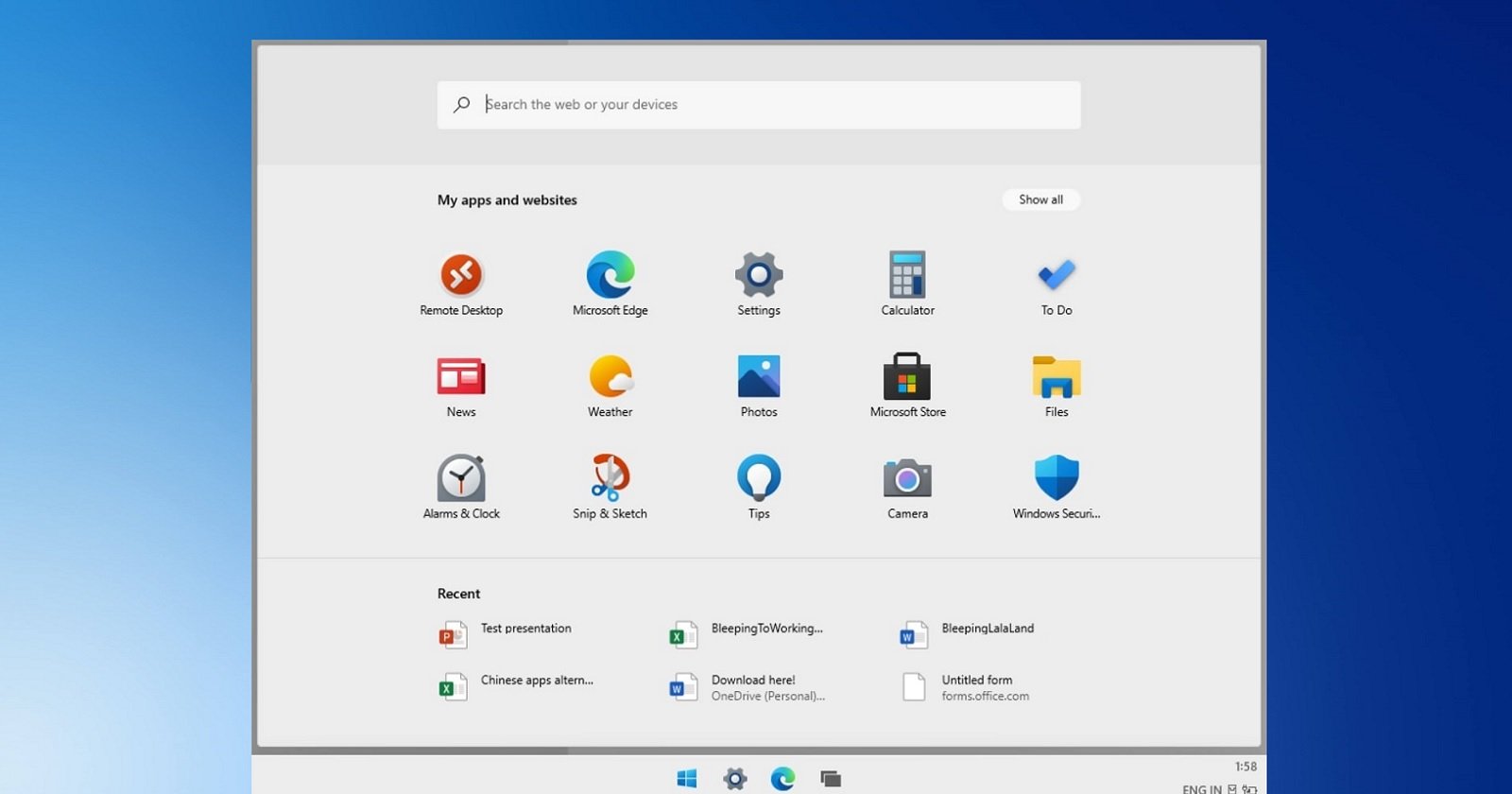 Windows 10X was announced way back in 2019 and it’s finally launching later this year on a new range of 2-in-1s/notebooks from Microsoft partners. Unlike Windows 10, Windows 10X would be simple, sleek, faster, and more secure.

For those unfamiliar, Windows 10X was originally designed for dual-screen devices, such as the Surface Neo, Lenovo ThinkPad X1 Fold, and Intel prototypes. In 2020, Microsoft said that the plans have changed and the operating system will first debut on single-screen devices in 2021.

Reports have suggested that Windows 10X will now launch in the Spring of 2021 and we’ve finally managed to get our first look, thanks to the leaked build. 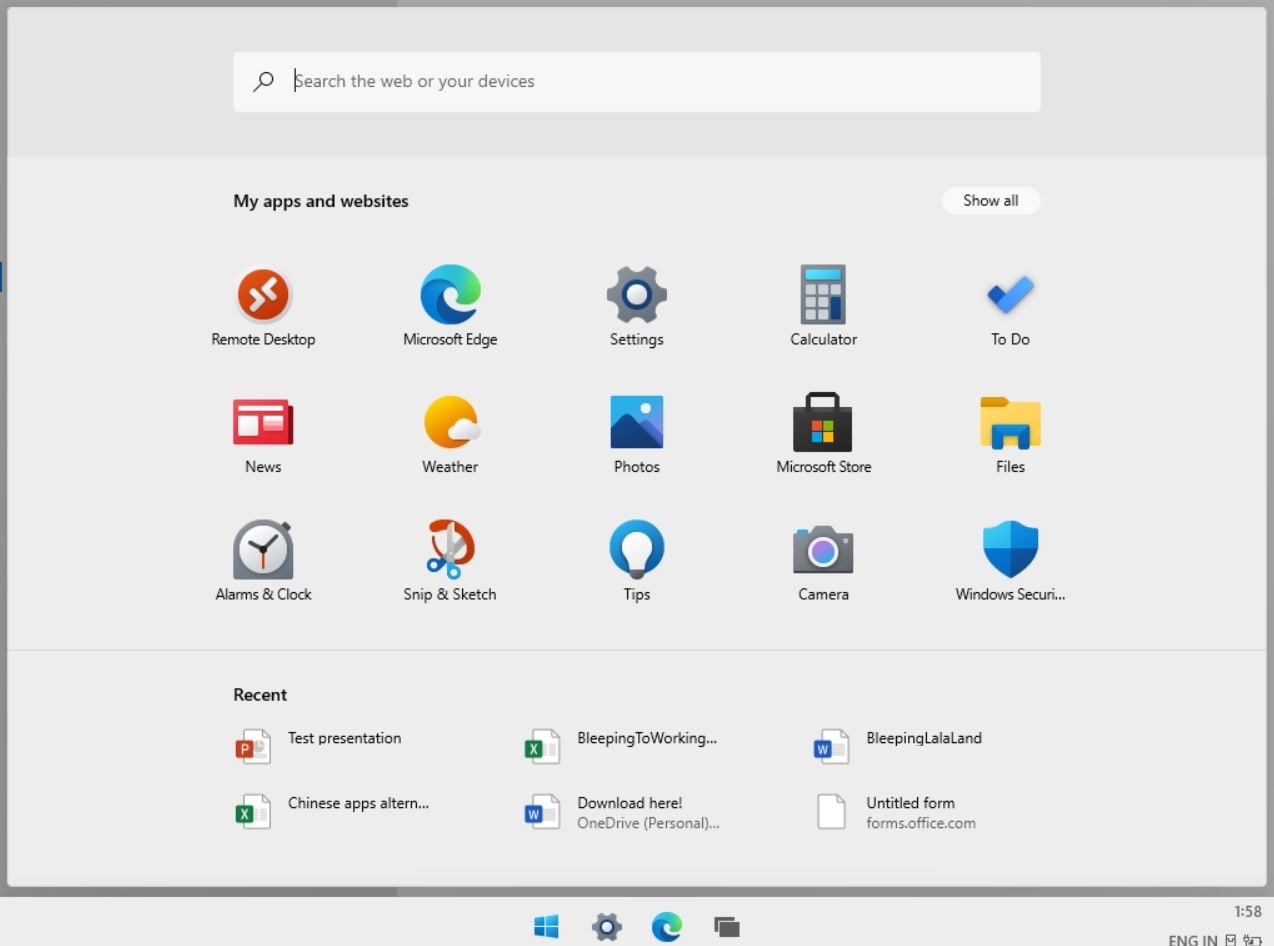 By default, the Start Menu will include shortcuts to popular apps and services like Microsoft Teams, Microsoft Edge, and Settings. Start Menu will show apps and websites only, and you won’t be able to group apps to create a folder. You can right-click on any icon to access the app’s settings and pin it to the taskbar.

In addition to the Start Menu, there’s also a new centre-aligned taskbar with three different sizes – small, medium and large. The small size is aimed at desktops with mouse support and medium or large size appears to be very touch-friendly.

Action Center is also getting a new look in Windows 10X. As you can see in the below screenshot, Windows 10X comes with a floating Action Center, which also includes the taskbar’s system tray. 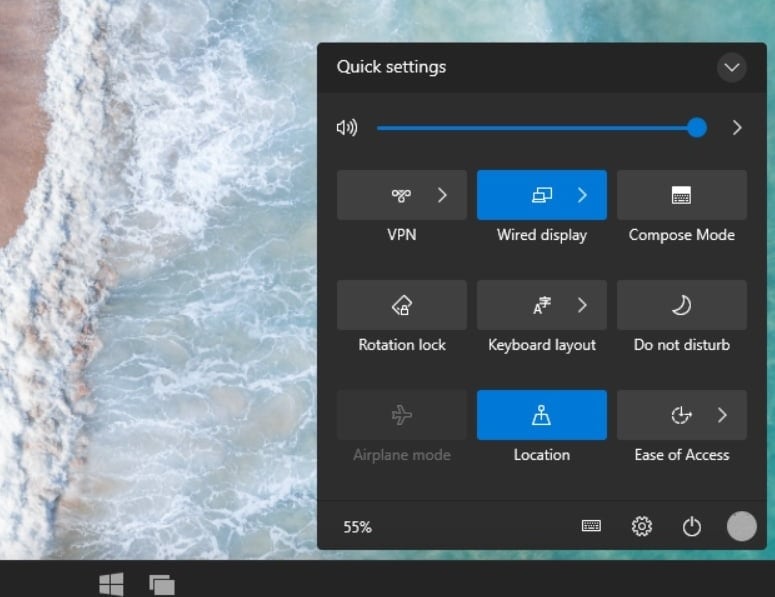 Unlike Windows 10, Action Center in Windows 10X puts more emphasis on quick actions, which means the notifications area won’t be visible all of the time and Action Center won’t cover your full screen.

In Windows 10X, Microsoft has completely removed the Control Panel and the same Windows 10 Settings app is offered. Using the Settings app, you can customize the Action Center, change the desktop wallpaper, enable transparency effect for the taskbar, and more. 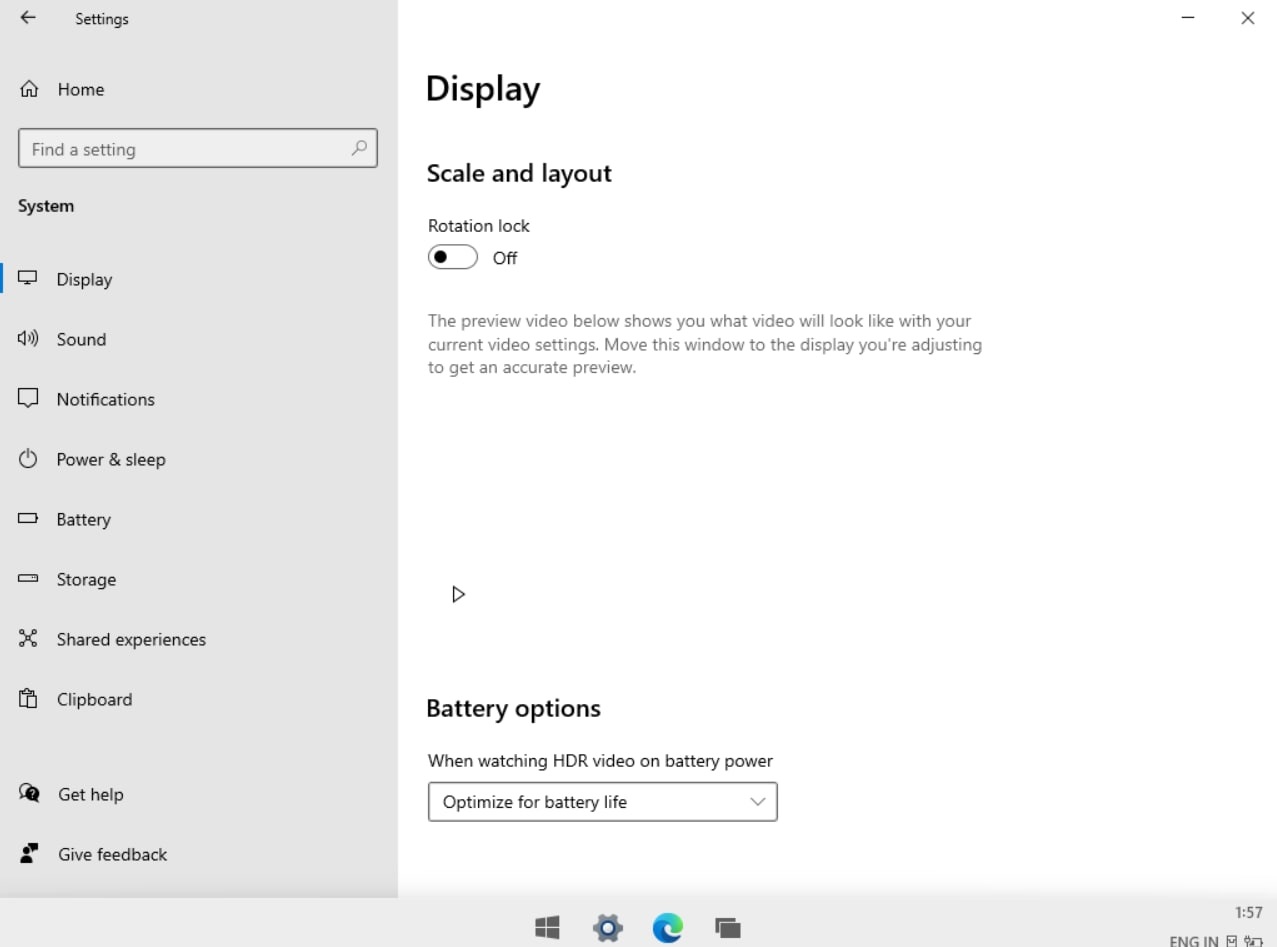 Windows Settings also allows you to manage the Windows Updates, which are now separated from OS components such as the drivers and apps. Windows 10X is capable of applying updates in less than 90 seconds by saving the update package in a different partition. Once done, the update data is moved to another partition and it is replaced during the reboot.

Windows Search is now a part of the Start Menu and it will appear at the top. 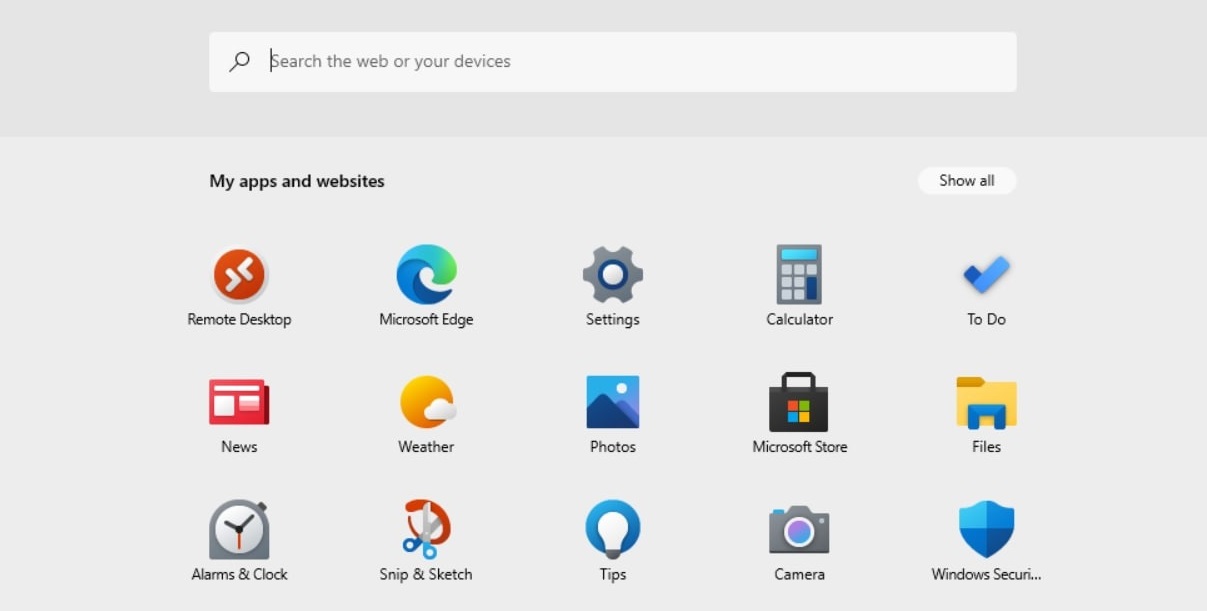 Like the Windows Search in Windows 10, Windows 10X will also allow you to search for files in local storage and cloud.