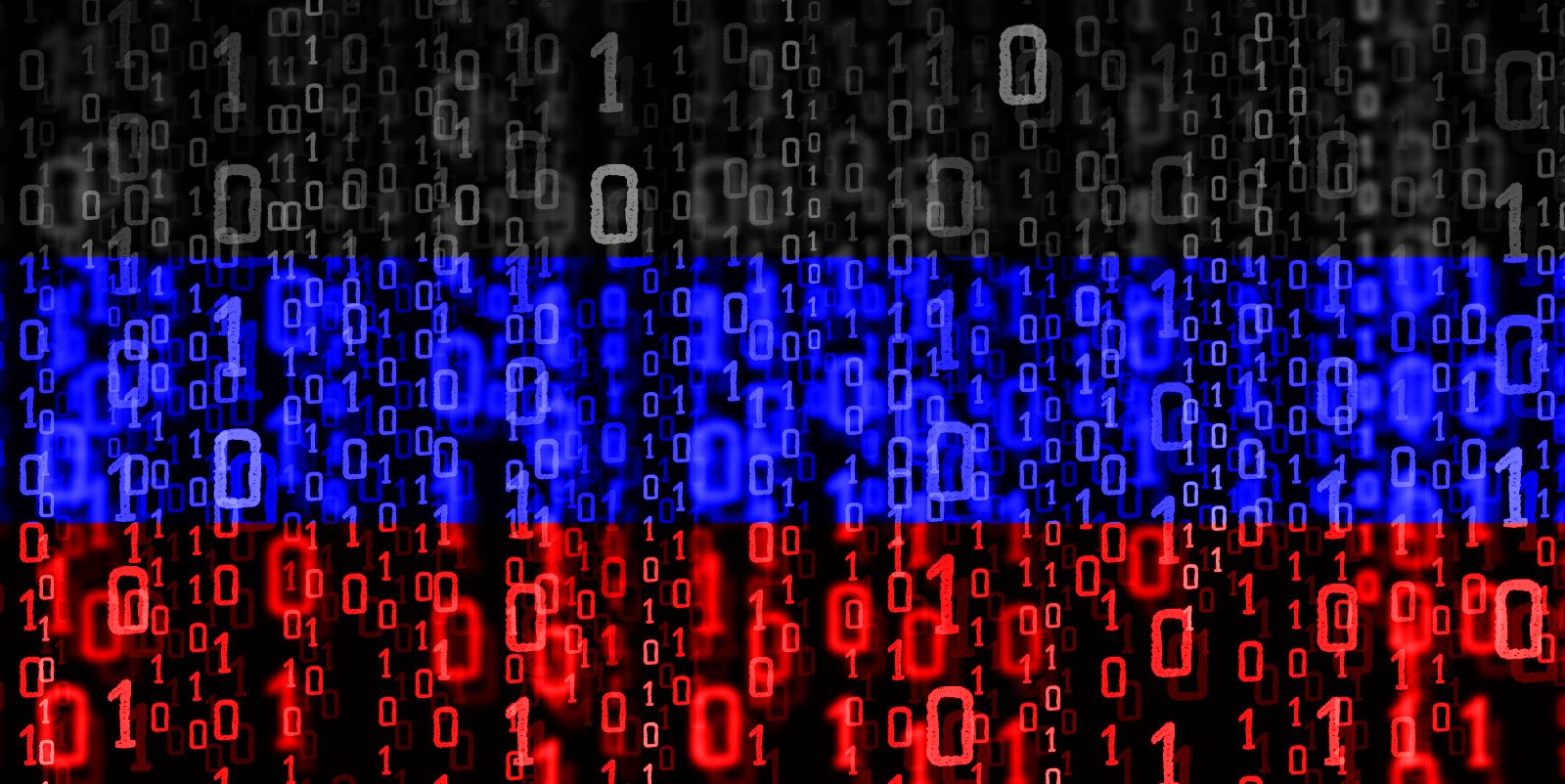 A joint advisory from the U.S. National Security Agency (NSA), the Cybersecurity and Infrastructure Security Agency (CISA), and the Federal Bureau of Investigation (FBI) warn that the Russian Foreign Intelligence Service (SVR) is exploiting five vulnerabilities in attacks against U.S. organizations and interests.

In an advisory issued today, the NSA said that it is aware of the Russian SVR using these vulnerabilities against public-facing services to obtain authentication credentials to further compromise the networks of US corporate and government networks.

The NSA is advising all organizations to immediately patch vulnerable devices to protect against cyberattacks that lead to data theft, banking fraud, and ransomware attacks.

“The vulnerabilities in today’s release are part of the SVR’s toolkit to target networks across the government and private sectors,” Rob Joyce, NSA Director of Cybersecurity, said in a statement to BleepingComputer. “We need to make SVR’s job harder by taking them away.”

The U.S. government strongly advises that all admins “urgently implement associated mitigations” for these vulnerabilities to prevent further attacks by the Russian SVR and other threat actors.

“Mitigation against these vulnerabilities is critically important as U.S. and allied networks are constantly scanned, targeted, and exploited by Russian state-sponsored cyber actors.” 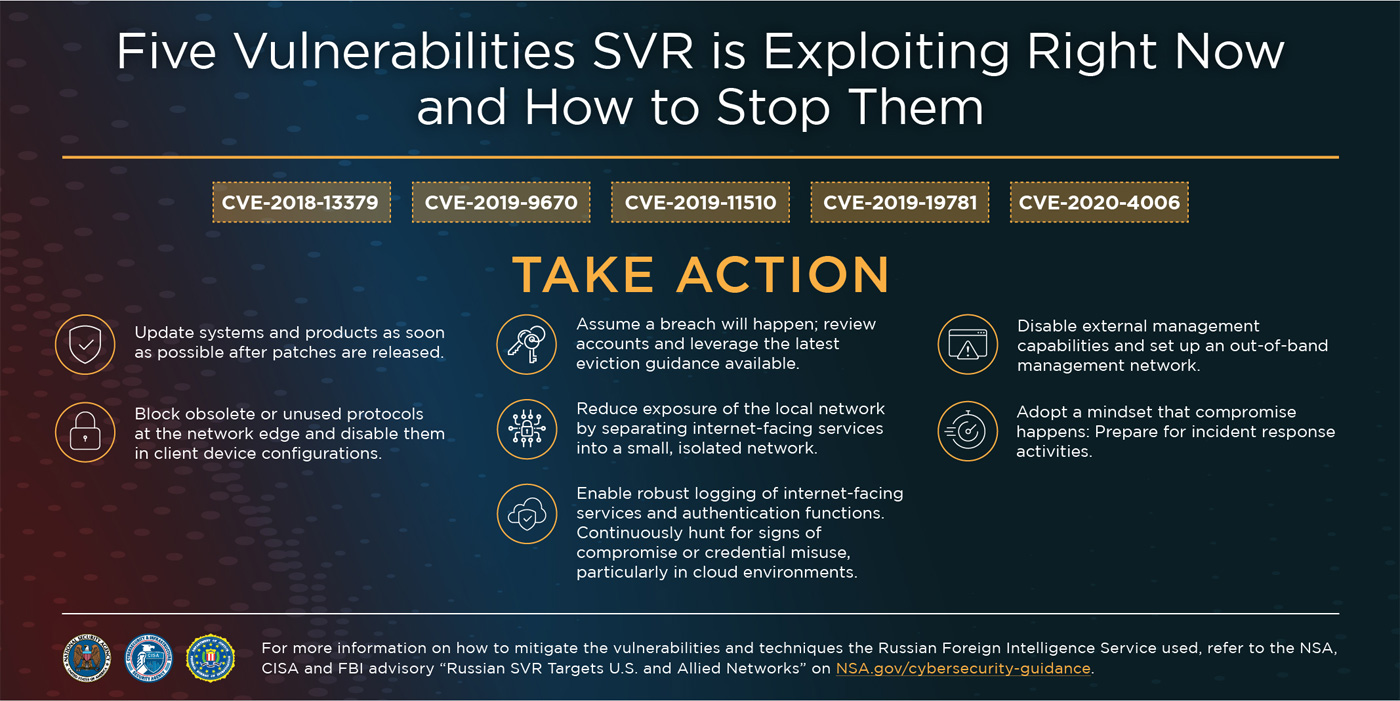 Below are the top five vulnerabilities the NSA, CISA, and the FBI have seen targeted by the Russian SVR.

Threat actors have extensively used this vulnerability in the past to target government agencies and corporate networks, including U.S. govt elections support systems, COVID-19 research organizations, and more recently, to deploy the Cring ransomware.In November 2020, a threat actor leaked the credentials for almost 50,000 Fortinet VPN devices on a hacker forum.

Pulse Secure VPNs have been a favorite for threat actors for some time, being used to gain access to US government networks, attack hospitals, and deploy ransomware on networks.

The CVE-2019-19781 vulnerability is known to be used by threat actors, including ransomware gangs, to gain access to corporate networks and deploy malware.

In December 2020, the US government warned that Russian state-sponsored threat actors were exploiting this vulnerability to deploy web shells on vulnerable servers and exfiltrate data.

As the Russian SVR has been utilizing a combination of these vulnerabilities in their attacks, it is strongly advised that all administrators install the associated security updates immediately.