Microsoft has fixed a known Windows 10 issue that would lead to FLAC encoded music files becoming corrupted when changing their title, artist, or other metadata in File Explorer.

The issue can occur when editing the metadata of FLAC files containing an ID3 frame with title and artist info before the audio file’s FLAC header.

“The FLAC property handler assumed that all FLAC files started with the 4 byte start code fLaC and did not take into account the ID3 frame at the beginning of the file,” Microsoft explains.

“Therefore, the ID3 frame would be overwritten without the start code fLaC rendering the file unplayable.”

Microsoft has fixed this Windows 10 known issue in the KB5003214 update released last week to Insiders in the 20H2 Release Preview Channel.

“This update addresses a metadata encoding issue which causes Free Lossless Audio Codec (FLAC) music files to become unplayable if their title, artist, or other metadata is changed,” Microsoft said.

Besides the KB5003214 update designed to prevent the issue from occurring on impacted Windows 10 versions, Microsoft also provides a PowerShell script that can be used to fix previously corrupted FLAC music files.

As Redmond notes, while the script will not restore the lost file metadata stored in the ID3 frame, it renders the audio playable again.

To fix your FLAC files, you will have to go through the following steps: 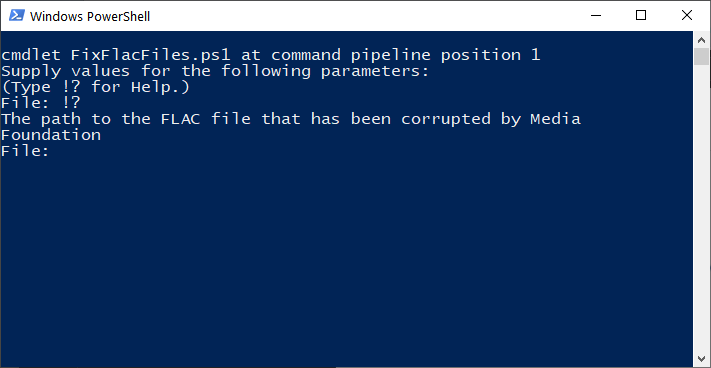 Microsoft is working on resolving the issue, with a fix to be provided to affected customers in an upcoming release.

In the past, Microsoft customers have encountered other audio ‘difficulties,’ with Windows 10 audio problems affecting gamers and Windows 10 system updates causing audio to no longer work.