Somebody is destined for somewhere hot, and definitely not Coventry • The Register 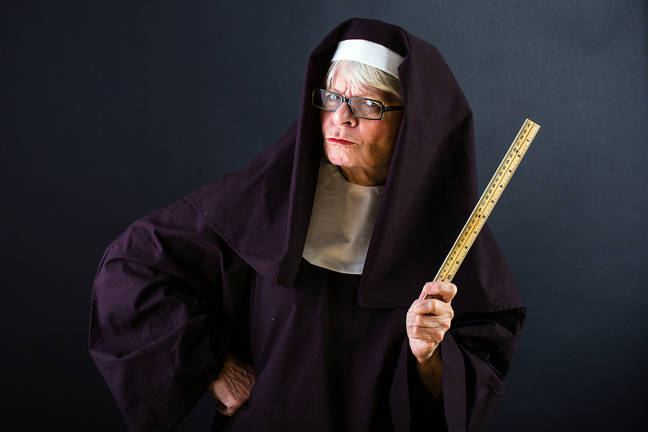 Who, Me? Welcome to Who, Me?, where hallowed ground gets trampled as a reader inadvertently cleans up the collective act of the senior staff.

Our story, told to us by “Susan” takes us back a quarter of a century to her time working for a well-known seller of mortgages in the UK (a firm that, for reasons that will become clear, will remain anonymous.)

Susan was ostensibly employed as a Visual Basic 6 and Microsoft SQL Server developer, as – let’s face it – an awful lot of us were back then. Client/Server was where it was at, and Cloud Native was yet to trouble administrators.

Susan also had what she described as “a few years’ experience as [a] Novell Netware / UNIX / Network engineer” under her belt, and so when the firm got in some new firewall software, it fell to her to set it up.

Hard though it may be for the internet users of today to understand, many companies lacked such basic security measures in those earlier times and often simply connected their network to the web, believing that everyone online was lovely and lacked ill intent. Happy days.

“The firewall,” she said, “came provided with several standard rules, one of which was obviously a pr0n filter, another was one to prevent CVs leaving via email.”

She also noted that the entire board was comprised by devout members of the same, occasionally strict, religion. “I’m not having a pop,” she said, explaining that she too numbered among its ranks.

This fact became significant when the firewall was switched on. “The firewall logs,” she said, “showed that every board member had been blocked from accessing sites that offered…” what we can only describe as people purporting to be of a rival religious order getting very friendly with each other.

Susan was a little more specific, but we’ll draw a discreet veil over the grim details.

Suffice to say, we’re pretty sure there are rules in several instruction manuals for deity-botherers against this sort of thing.

We asked Susan what became of the executives caught viewing such unsavoury and possibly blasphemous material. A trip to the kerb with a cardboard box of belongings? A stern talking to by HR? Or perhaps IT simply turned a blind eye to the bosses’ peccadillos?

“The latter for sure,” Susan laughed, “but we plebs had a good laugh!”

The fountain of filth aside, the newly implemented and ill-thought-out Firewall also took a very literal approach to the CV blocker rule. This was, after all, nearly a quarter of a century ago and, while the consultants of today might charge a fortune for an algorithm that could identify what looked like a curriculum vitae, back then a belt-and-braces approach was taken. Got the text “CV” in your email? Then it ain’t being sent.

Great for catching staff silly enough to apply for jobs with the corporate email. Not so good for confirmation postal addresses when a customer had a Coventry postcode.

“Not a good look for a mortgage firm!” exclaimed Susan.

Firewalls were a source of constant amusement when they began to proliferate, occasionally causing flushed user cheeks and the odd trip to the HR office. What unexpected consequences has your fiddling with the network had? Tell all with an email to Who, Me? ®