Fancy joining the SAS’s secret hacker squad in Hereford as an electronics engineer for £33k? • The Register 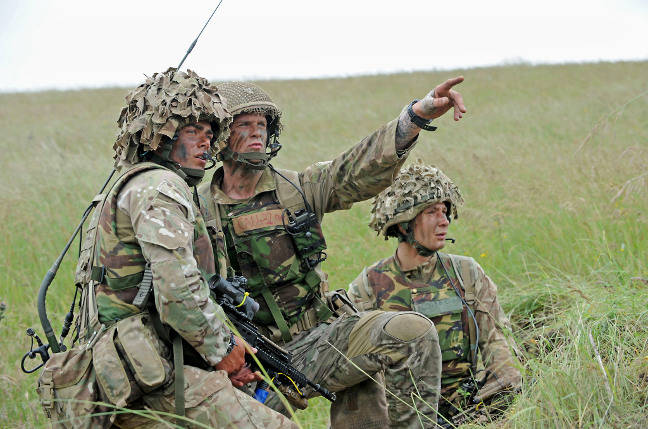 A job ad blunder by the UK’s Ministry of Defence has accidentally revealed the existence of a secret SAS mobile hacker squad.

The secretive Computer Network Operations (CNO) Exploitation Unit had its cover blown on the MoD’s external job ad website, as spotted by the ever eagle-eyed Alan Turnbull of Secret Bases.

Based in Hereford, the £33k-per-year post was to be filled by an “extraordinary talented electronics engineer” [sic] to “work alongside some of the best scientists and engineers within defence and will be tasked with delivering prototype solutions directly to the soldiers and officers of a unique and specialised military unit.”

What unique and specialised military unit is famously based in Hereford? Why, it’s the Special Air Service, whose legendary warfare skills sees them doing all kinds of covertly nasty things to Her Majesty’s enemies all around the world.

Yet it seems the SAS want somebody whose skills are better on the lab bench than in sneaking up on a sentry, fighting knife in hand; somebody to design and build custom electronics used for CNO.

The job ad went into more detail, saying MAB5 is “a small military unit that specialises in the provision of novel and ground-breaking science and technology prototypes for operational requirements.”

For a gross salary of thirty-three thousand beer tokens a year (count ’em!), MAB5 expects the lucky applicant to:

The successful candidate also need “Ofqual level 6 qualification in electronics engineering,” which seems to mean a graduate diploma, though the ad goes on to say “Ofqual 5 engineering” and then specify a BSc or BEng. Some kind of academic piece of paper beyond GCSE PE from the local community college, we think. British nationals will have to write a 1,000-word essay about their experience and technical skills to apply.

And what does MAB stand for? Secret Bases said “it is simply a coy reference to ‘MoD A Block’ which in turn is a codename for use by those ‘in the know’ when wishing to refer to UK Special Forces (UKSF) operations. The actual physical MoD A Block is at the SAS Regents Park Barracks in Albany Street, Central London and is UKSF HQ.”

The unit appears to be commanded by a Royal Signals lieutenant colonel, and judging by Secret Bases’ findings, his personal security (persec, in the MoD jargon) online is somewhat lacking for a UKSF officer.

You can read more, and view a PDF copy of the job advertisement, on their website, the original having mysteriously disappeared. ®