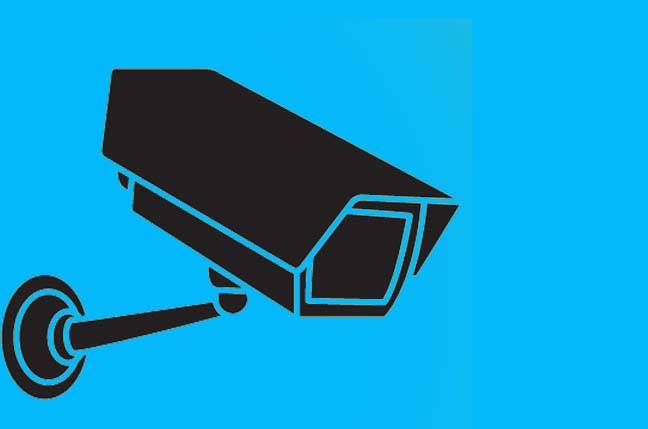 The China-based surveillance equipment manufacturer accused of being linked to the human rights abuse of the Uyghur ethnic minority in Xinjiang has denied any wrongdoing in a heated exchange with the UK’s Surveillance Camera Commissioner.

The illuminating exchange between Sampson and the Chinese company’s UK arm began after Parliament’s Foreign Affairs Committee called for Hikvision to be banned from operating in Britain after linking the firm to what the US has called genocide.

China’s ruling party has been accused of trying to enslave, torture, and eradicate the mostly Muslim Uyghur minority living in the country’s northwestern Xinjiang province. Human rights groups report that the Chinese authorities are operating internment camps, using imprisoned Uyghurs as slave labour. While Beijing denies it has done wrong, labelling the Uyghur minority as terrorists and separatists, satellite image evidence shows the camps and testimony from survivors suggests the abuses are ongoing.

“Cameras made by the Chinese firm Hikvision have been deployed throughout Xinjiang, and provide the primary camera technology used in the internment camps,” claimed the Foreign Affairs Committee in a July report. It went on to quote Dr Samantha Hoffman of the Australian Strategic Policy Institute and Dr Radomir Tylecote of Civitas, whom they said “shared their concern that facial recognition cameras made by companies such as Hikvision operating in the UK are collecting facial recognition data, which can then be used by the Chinese government.”

In his role as Surveillance Camera Commissioner, Professor Sampson oversees some business practices of surveillance tech companies operating in the UK.

So when a letter circulated by Hikvision to its UK associates stated the Parliamentary report’s findings were “unsubstantiated” and “sends an unacceptable message” [PDF], Prof Sampson wrote this to the manufacturer’s UK arm.

“It is unclear from your letter to surveillance partners whether you accept… that crimes are being committed against the Uyghurs and other ethnic groups in the Xinjiang Uyghur Autonomous Region and I would be grateful if you could clarify this,” said the commissioner, who also asked whether Hikvision accepted its equipment was used by the Chinese State in its Xinjiang camps.

Hikvision also cited an internal report [PDF] written by an ex-US diplomat that concluded Hikvision did not “knowingly or intentionally” abuse human rights when working on “five projects in Xinjiang.”

Sampson wrote back [PDF] on 16 August:

Hikvision, a partially Chinese state-owned company, is a lesser-known name than Huawei and ZTE; it was included in a round of proposed US sanctions on Chinese tech companies back in June. It was entered onto a banned list of suppliers created by the US Department of Commerce in 2019, which didn’t stop American local government organisations from buying its kit.

In a statement a company spokesman, who asked not to be named, told The Register: “Hikvision takes all reports regarding human rights very seriously and recognizes our responsibility for protecting people and property. The company has been engaging with governments globally to clarify misunderstandings about the company and our business and address their concerns. As a market leader, Hikvision is committed to upholding the highest standards and respect for human rights. As a manufacturer that does not oversee the operation of our products, we do ensure our cameras are designed to protect communities and property.”

The spokesman also pointed to a submission it made to Parliament’s Business, Enterprise and Regulatory Reform Committee in October 2020 which said its product manuals “include human rights protection-related language in order to provide an alert to end users.” ®

In his latest letter to the Surveillance Camera Commissioner, Hikvision’s Hollis complained: “It is very difficult for international corporations to publicly answer narrow pointed questions on paper. This usually leads to more questions and a kangaroo trial by media.”

The Register wholeheartedly endorses the idea of marsupial-based media scrutiny.