LA cops told to harvest social media handles from anyone they stop, suspect or not • The Register 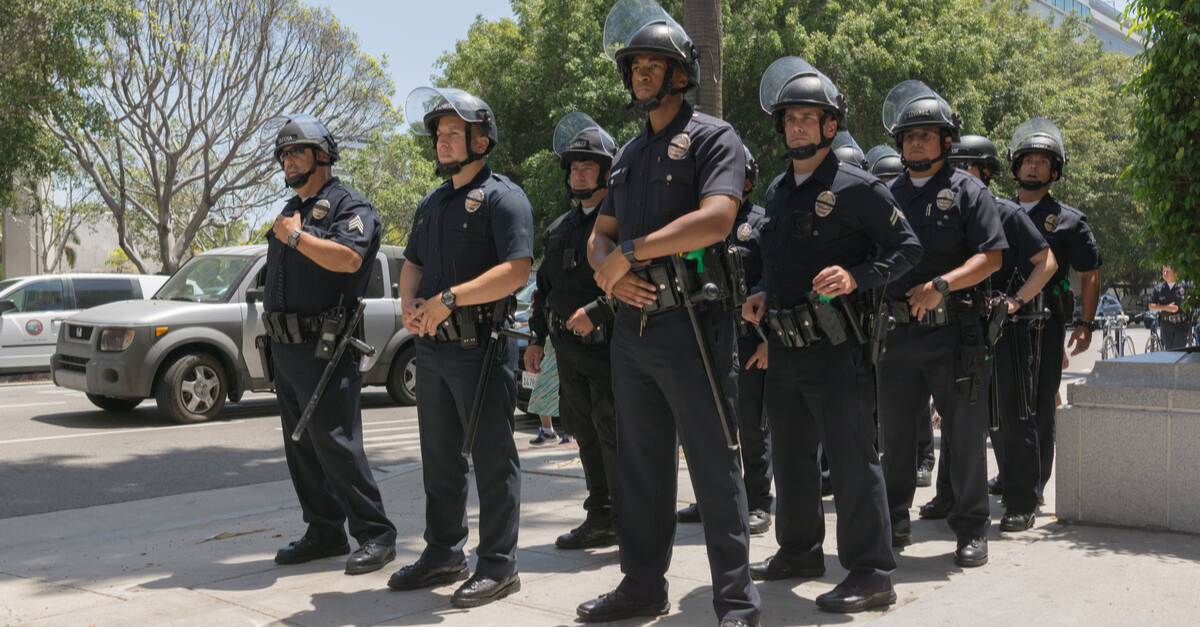 Los Angeles police are instructed to collect social media details from people they stop and talk to, even if those civilians aren’t suspected of breaking the law, according to documents finally revealed after a lengthy legal battle.

The Brennan Center for Justice, a non-profit law and public policy institute at New York University, early last year submitted a request [PDF] under the California Public Records Act for information on LAPD’s use of social media to monitor people and groups. The center hauled the police department into the US state’s superior court when its request was not fulfilled.

Having at last obtained that information from the cops, the center on Wednesday published 6,000 pages of it all to the public.

It turns out LA police have for years [PDF] been told to collect social media information – such as usernames, email addresses, and profile page URLs – from people stopped and spoken to by officers, whether or not those people were involved in a crime.

These details, along with other info about a subject, are noted on field interview cards, which are stored away for future use and possible surveillance. A card can even include someone’s social security number if an officer so wishes. It’s left to individual cops to decide whether they want to fill out an interview card for someone they’ve talked to.

In 2020, top brass said [PDF] these records would be checked by supervisors to ensure they were complete and valid as the data may be needed to make arrests and secure prosecutions. The LA Times had earlier reported some officers allegedly falsified interview cards to portray people as gang members.

The cops are told [PDF] not to log into people’s accounts. Instead, officers should submit a preservation request to, say, Facebook via its law enforcement portal so that an account’s contents can be later obtained via a search warrant. Police also have the green light to invent a “fictitious online persona” if needed to investigate a crime.

The overall goal is to funnel social media records and other data into a Palantir-built surveillance system, broadly monitor people, and identify connections between civilians. LAPD has has a unit [PDF] dedicated to auditing and testing predictive policing software that can automatically highlight “patterns, hot spots, trends, clusters, spikes, and/or offenders for the purpose of identifying, arresting, and prosecuting criminals.”

The center’s experts are concerned about this amassing of data on civilians as well as how it may introduce bias into predictive policing where minorities disproportionately have their information collected by officers.

“There’s often no oversight at what they’re looking at and they’re collecting information from people when there is no clear wrongdoing,” Mary Pat Dwyer, a fellow in the Liberty and National Security Program at the Brennan Center, told The Register.

“There is no justification for using those tools to trawl through people’s social media.”

Dwyer said she was concerned about “network mapping,” where the police identify, say, someone they think is a gang member and look at who they’re friends with on social media, potentially unfairly labeling or considering them to be gang members, too.

“Surveillance can have a chilling effect on how people behave,” she added. “If they know that the police are going to be looking at their social media, they might be disincentivized from speaking freely or expressing their first amendment rights.”

The center has a summary of its findings, here, in which we’re also told LAPD is set to use a product called Media Sonar, “which can build detailed profiles on individuals and identify links between them.”

A spokesperson for the LAPD was not available to comment. ®