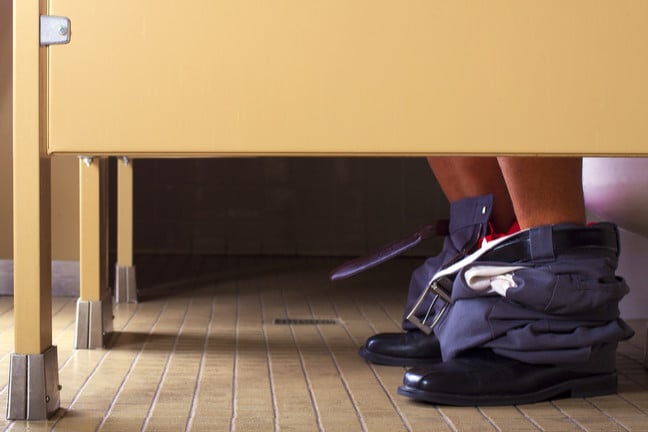 IKEA has removed hidden security cameras from its warehouse in Peterborough, England, after an employee spotted one in the ceiling void while using the toilet.

Workers at the Swedish flat-pack furniture giant were concerned that they may have been spied on while in the bathroom.

The discovery was made last week when the lights were switched off. A member of staff spotted what appeared to be a small red light between the panels of a suspended ceiling. When they investigated, they found the hidden camera.

When they looked further, they found a number of other cameras above both the men’s and ladies’ toilets.

One worker told the Peterborough Telegraph: “They were not wireless cameras, there is a whole network of cable.”

IKEA admitted they had been in place since 2015. The company did not say when they were last used.

While some reports have suggested a link between the cameras and the vicinity with the toilets, IKEA claims they were placed there for another purpose.

In a statement, a spokesperson for IKEA told The Register: “Peterborough Distribution Centre is a large warehouse facility where forklift trucks and HGVs are in regular operation.

“In support of our health and safety policy, we have a drugs testing policy in place as per industry standards.

“The installation of the cameras in 2015 was to detect alleged activity that could have resulted in serious injury to co-workers, and to maintain a high level of safety on-site.

“The cameras were only ever intended to film activity in the roof space or corridors.”

It has now confirmed that all the cameras have been removed and it is carrying out an investigation into the matter.

A spokesperson for the Information Commissioner’s Office (ICO) said the body has not received a complaint on the matter.

Declining to be drawn on the specifics of the case, it told us: “Recording images of any identifiable individuals through CCTV cameras needs to be done in line with data protection law.

“In areas where people expect a high level of privacy, such as changing rooms or toilet areas, CCTV should only be used in the most exceptional circumstances where it is necessary to deal with very serious concerns. In these cases, organisations must inform people when a CCTV is in operation and that appropriate restrictions on viewing and disclosing images are in place.”

The images were taken from what appeared to be CCTV footage from within the Department of Health and Social Care in London.