Apple sues NSO over Pegasus spyware on iPhones • The Register 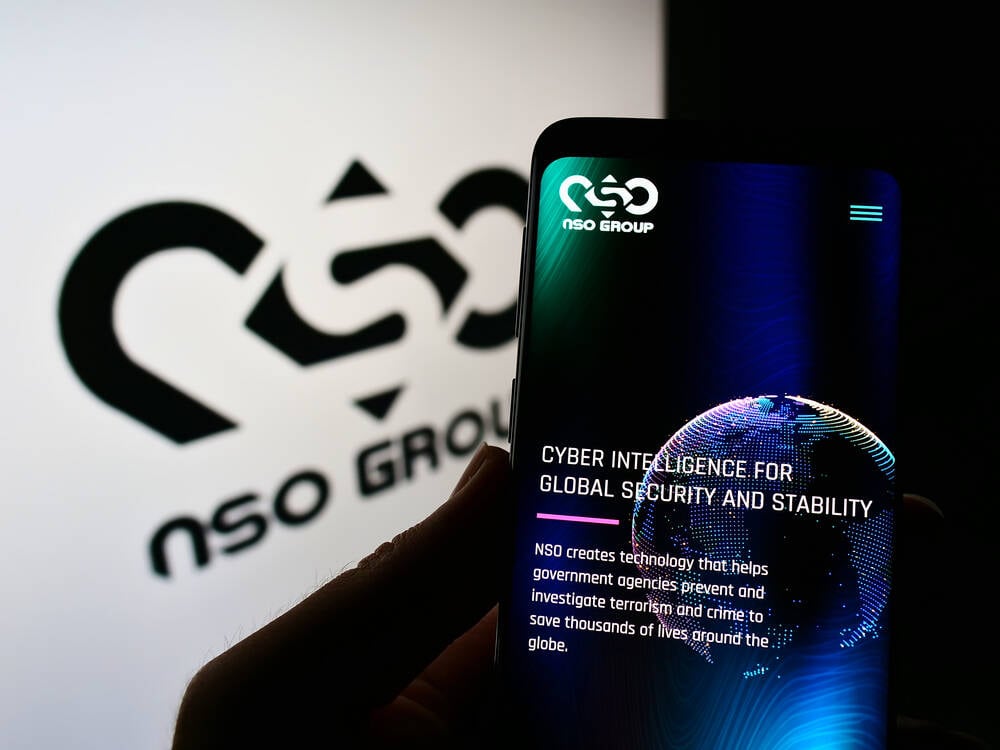 Apple today sued NSO Group, which sells spyware to governments and other organizations, for infecting and snooping on people’s iPhones.

In a strongly worded filing [PDF] Apple described NSO as “amoral 21st century mercenaries who have created highly sophisticated cyber-surveillance machinery that invites routine and flagrant abuse.” Cupertino wants damages and a ban on NSO interacting or interfering any further with Apple services and products.

The Israeli developer’s Pegasus spyware is repeatedly used by authoritarian and other hard-line states to infiltrate the phones of journalists, dissidents, academics, activists, government officials, and American citizens to track their every waking move, Apple said.

We note that Washington Post columnist and US resident Jamal Khashoggi, who was assassinated at the Saudi embassy in Istanbul in 2018 on the orders of Crown Prince Mohammed bin Salman, was said to be under surveillance by NSO spyware.

The software, which can access the microphone, camera, messages, photos, and other sensitive data once on a compromised handheld, breaks US national and California laws, Apple claimed. NSO makes snoopware for Android as well as iOS, Apple was keen to remind us.

In a free society, it is unacceptable to weaponize powerful state-sponsored spyware against those who seek to make the world a better place

“The steps we’re taking today will send a clear message: in a free society, it is unacceptable to weaponize powerful state-sponsored spyware against those who seek to make the world a better place,” said Ivan Krstić, head of Apple Security Engineering and Architecture, in a statement. “We will continue to work tirelessly to protect our users from abusive state-sponsored actors like NSO Group.”

Apple cited this month’s sanctioning of four spyware vendors, including NSO, by the US Department of Commerce, as well as other crackdowns by Uncle Sam, to support its position that Pegasus is used to commit human-rights abuses.

Apple argued that though NSO sells Pegasus to foreign governments and others, the developer is heavily involved in each deployment of the tracking software, and thus needs to be held responsible for the ultimate use of the code. What typically happens is that a booby-trapped message is sent to a selected target’s device, or they are invited to open a specially crafted file, which triggers the silent and hidden installation of Pegasus. At that point, the spyware can be instructed to quietly exfiltrate data.

And on that note, the iTitan discussed how Pegasus was able to earlier this year get onto a few Apple iPhones without any user interaction, and why the biz rushed out an emergency patch in September to thwart these deployments.

Between February and September, NSO used a zero-click technique to infect selected iOS devices, Cupertino claimed. The exploit, dubbed FORCEDENTRY by its discoverers at Canadian non-profit Citizen Lab, was able to get around security protections in iOS and automatically install Pegasus.

Apple said NSO operatives set up 100 Apple ID accounts that were used to send “abusive data” – likely messages with a malicious code payload – to their selected victims. These communications disabled iOS logging procedures, we’re told, and installed Pegasus with no user interaction at all; one message inbound and you’re pwned.

While this is a clear violation of the US Computer Fraud and Abuse Act, Apple alleged, it’s also a violation of the iGiant’s own terms and conditions, and amounts to breach of contract or unjust enrichment, since by signing up for the Apple accounts NSO’s goons agreed to abide by Apple’s T&Cs.

Apple is suing NSO in a San Jose federal district court for all revenues generated by Pegasus, along with compensation for its time in dealing with the outfit plus punitive damages. It also wants a permanent injunction preventing NSO from accessing Apple services, software, and devices.

Any monies obtained from NSO will be donated to Citizen Lab, Amnesty Tech, and other non-profits that investigate spyware; Apple has pledged an additional $10m to spur efforts in the field. We note that Apple has bent over backwards for China at times, such as banning VPN apps in the Middle Kingdom, and censoring iOS to appease Beijing.

There may not be much left of NSO by the time Apple hauls it through the courts. The malware maker is already being sued by Facebook for exploiting WhatsApp to snoop on victims’ devices, and earlier this month its appeal on the grounds of sovereign immunity (all of its sales are approved by the Israeli government) was turned down again.

“Thousands of lives were saved around the world thanks to NSO Group’s technologies used by its customers,” a spokesperson for the developer told us today.

“Pedophiles and terrorists can freely operate in technological safe-havens, and we provide governments the lawful tools to fight it. NSO group will continue to advocate for the truth.” ®