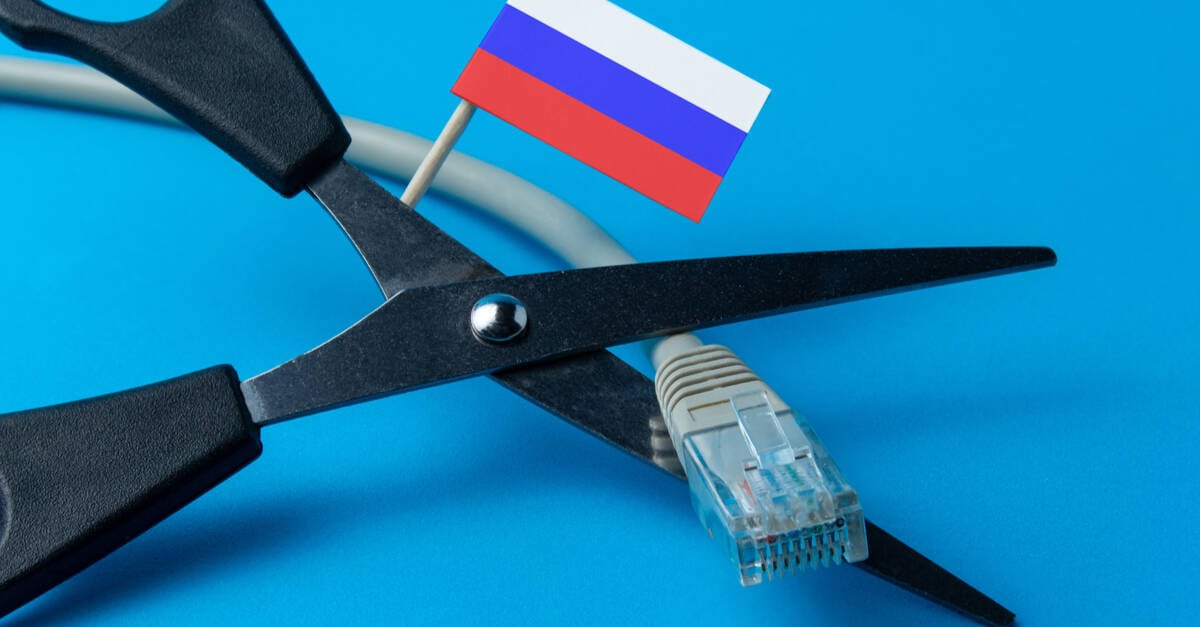 The biz announcement is titled “Lumen’s Readiness to Meet Global Events,” and does not take a position on the morality of the illegal invasion of Ukraine. Instead, it frames the decision as necessary “due to increased security risk inside Russia,” and “to ensure the security of our and our customers’ networks, as well as the ongoing integrity of the global internet.”

Lumen has also admitted that the sole physical link it controls in Russia is not material to its business, and it serves an “extremely small number of enterprise customers” in the nation.

It is, however, taking steps to shut down its Russian operations “from a legal and regulatory standpoint as well as taking other steps for exiting the business in region.”

The company also serves some customers in Ukraine, and has pledged to abide by the West’s sanctions against Moscow as required.

While Lumen’s rationale for leaving Russia lacks the ideological aspect behind others’ similar decisions, it further isolates Russia from the global community – and therefore also from sources of information that might allow citizens to gain a perspective on the invasion that the now-state-controlled Russian media will not share.

Russia has already introduced new legislation that makes mentioning the invasion in the media an offense – only the false term “special military action” is allowed – and is also cracking down on the limited demonstrations protesting such matters that have taken place within its borders.

Other tech-related entities to quit Russia include global consultancies, Visa and Mastercard, and software vendors Oracle and SAP. ®