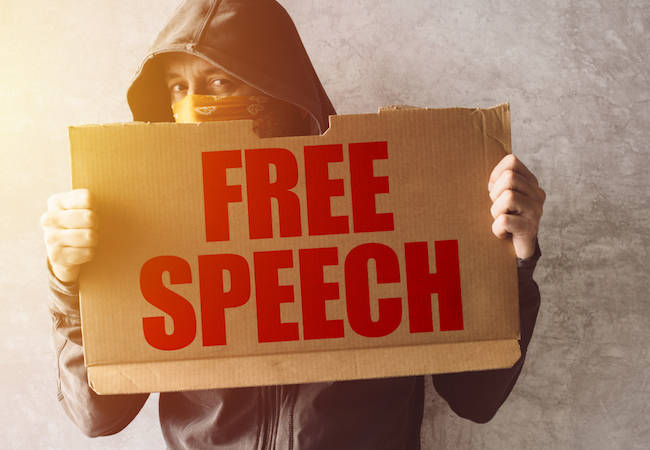 Five suspects were indicted in a federal court in Brooklyn, New York on Wednesday for alleged crimes related to a campaign to silence dissidents in the US who opposed the government of the People’s Republic of China (PRC).

Three of the individuals – Fan “Frank” Liu, Matthew Ziburis, and Qiang “Jason” Sun – were charged, along with two others, in March with stalking, harassing, and spying on Chinese dissidents in the US who spoke out against the Chinese government.

The two new defendants in the alleged scheme are current or former US government employees: Craig Miller, a Department of Homeland Security (DHS) employee based out of Minneapolis, Minnesota, and Derrick Taylor, a retired DHS agent who currently works as a private investigator in Irvine, California.

The two men are charged with obstruction of justice for allegedly destroying evidence after agents of the Federal Bureau of Investigation (FBI) inquired about their handling and distribution of confidential data from a federal law enforcement database containing details of Chinese dissidents. The information obtained – passport information, travel records, and immigration records – is said to have been used to further the scheme to harass Chinese government critics in the US.

“As alleged, this case involves a multifaceted campaign to silence, harass, discredit and spy on US residents for exercising their freedom of speech – aided by a current federal law enforcement officer and a private investigator who provided confidential information about US residents from a restricted law enforcement database, and when confronted about their improper conduct, lied and destroyed evidence,” stated Breon Peace, United States Attorney for the Eastern District of New York, in a statement.

“This Office will always work closely with our law enforcement partners to root out corrupt officials in all levels of government and will prosecute those who act on behalf of a hostile foreign state to target the free speech of US residents on American soil.”

The indictment [PDF] against the five defendants describes a campaign to silence US-based supporters of democracy in China. It describes an effort led by Sun – still at large – in which Liu and Ziburis acted on behalf of PRC agents in an effort to discredit Chinese dissidents living in California, Indiana, and New York City. This involved surveilling them, unlawfully obtaining data about them, and attempting to embarrass them.

According to the Justice Department, Sun oversaw an attempt by Liu to pay a private investigator in Queens to bribe an Internal Revenue Service official to obtain the federal tax return of one of the dissidents. The investigator informed law enforcement and no bribe was paid.

“The co-conspirators also made plans to destroy the artwork of a dissident artist whose work is critical of the PRC government, and the artist’s sculpture depicting PRC President Xi Jinping as a coronavirus molecule was demolished in the Spring of 2021,” said the US Attorney’s Office Eastern District of New York (USAO EDNY).

That appears to refer to a fire last July that destroyed “CCP Virus,” a sculpture by Weiming Chen that was unveiled in June, 2021 at Liberty Sculpture Park in Yermo, California. The artist last month unveiled a replacement sculpture, “CCP Virus II,” as part of a remembrance of the Tiananmen Square protest 33 years ago.

Liu, Ziburis, and Sun are also accused of conducting electronic surveillance of dissidents.

“For example, posing as an art dealer interested in purchasing the artwork of the dissident artist, Ziburis secretly installed surveillance cameras and GPS devices at the dissident’s workplace and in his car,” the USAO EDNY said, adding that Sun monitored the live video feed of location data of surveilled dissidents from China.

According to the government, Liu, Ziburis, and Sun had also planned to interview dissidents through Liu’s “purported media organization” in an effort to elicit responses that made them look bad and to provide material that could be used against dissidents elsewhere.

If convicted, Liu could be imprisoned for up to 30 years, while Ziburis and Taylor face up to 25 years, as would Sun if he were apprehended. Miller, if convicted, could be sentenced to up to 20 years. ®